While we were in Fredericksburg last weekend on our journey to see the wildflowers, my little family stopped in at the National Museum of the Pacific War. Back in the middle ’90s, when it was called the Nimitz Museum, The Big M and I had gone there and poked around in what was little more than a giant shed housing broken down planes and guns from World War II. It certainly has changed. It’s now on par with any great history museum, Smithsonian included.

That night we visited my parents, and they presented me with magazines and newspapers that my grandparents had kept during the war. This presentation was coincidental but well-timed.

Corpus Christi was my dad’s hometown and the home of the Naval Air Station, a major base that produced more than 35,000 Navy fliers for the war. George H. W. Bush was the youngest ensign produced there during the war, earning his wings in 1943 at age 18. (The Pacific museum, by the way, has a Plaza of Presidents; every president from FDR to G.H.W. Bush served in WWII — all 10 of them. That’s pretty amazing.)

Here are some shots of  newspapers from December 8, 1941 that Dad’s parents saved: 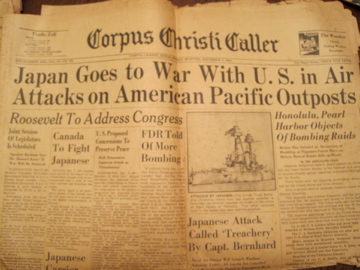 That was the morning edition. I’ll give you a better picture of the Final Edition: 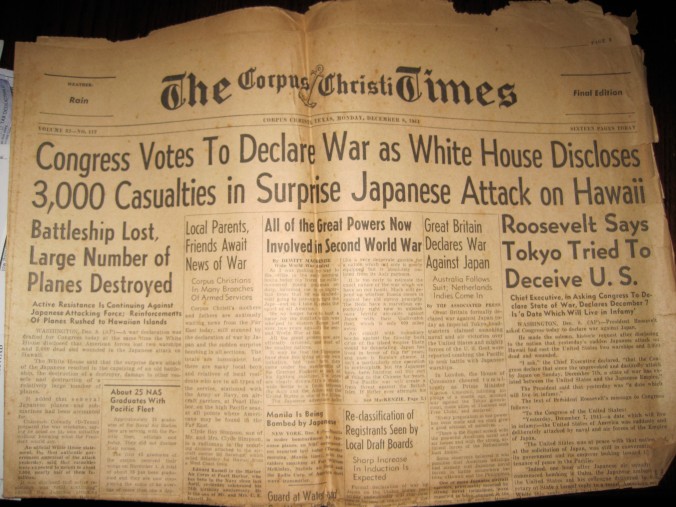 A close-up of the right side: 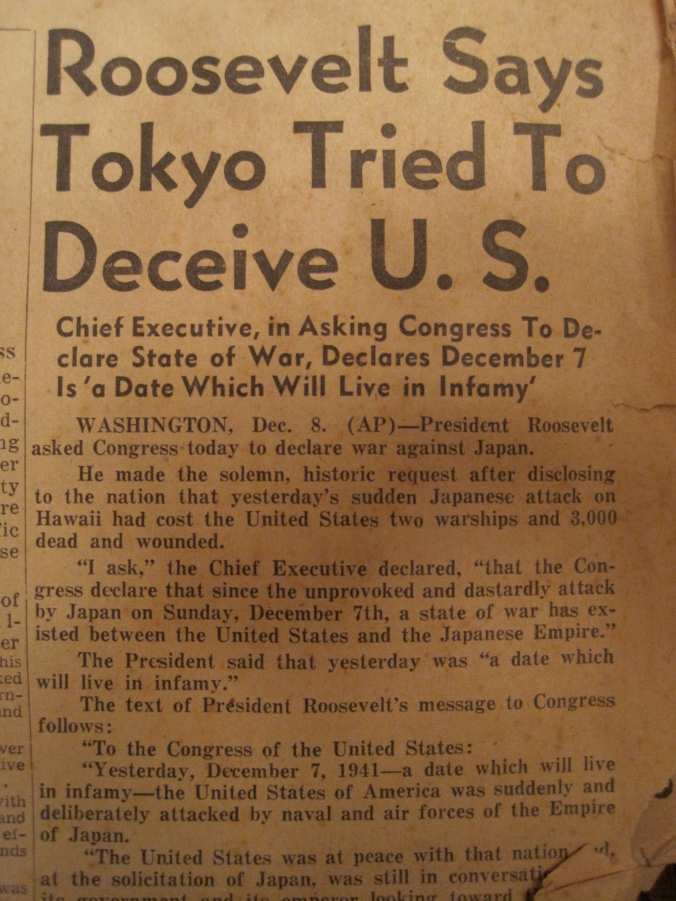 Inset from that article: 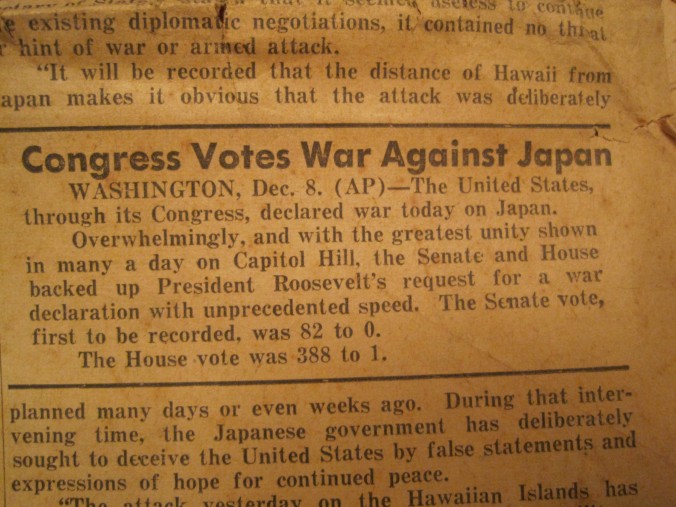 Who had the lone nay vote? 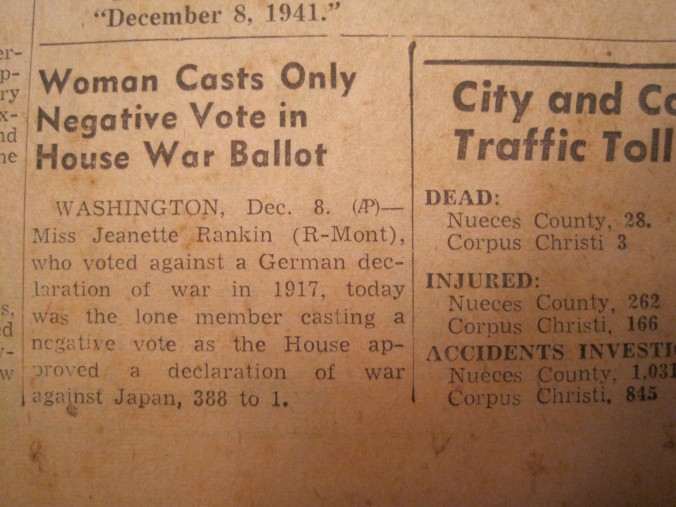 Since the dawn of time, it’s always a woman causing the problems, am I right, folks? Interesting lady, this Rankin. She became a disciple of Mahatma Gandhi after the war. See her Wiki entry here.

I thought this was interesting because I didn’t realize men were being drafted *before* the U.S. entered the war: 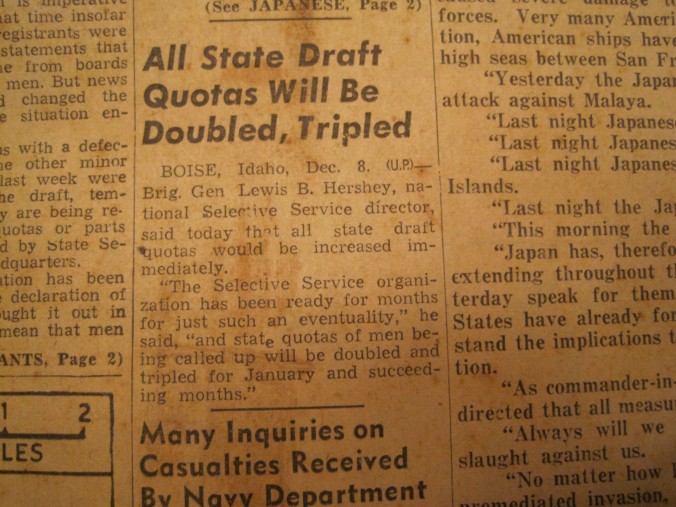 Check out this movie ad: 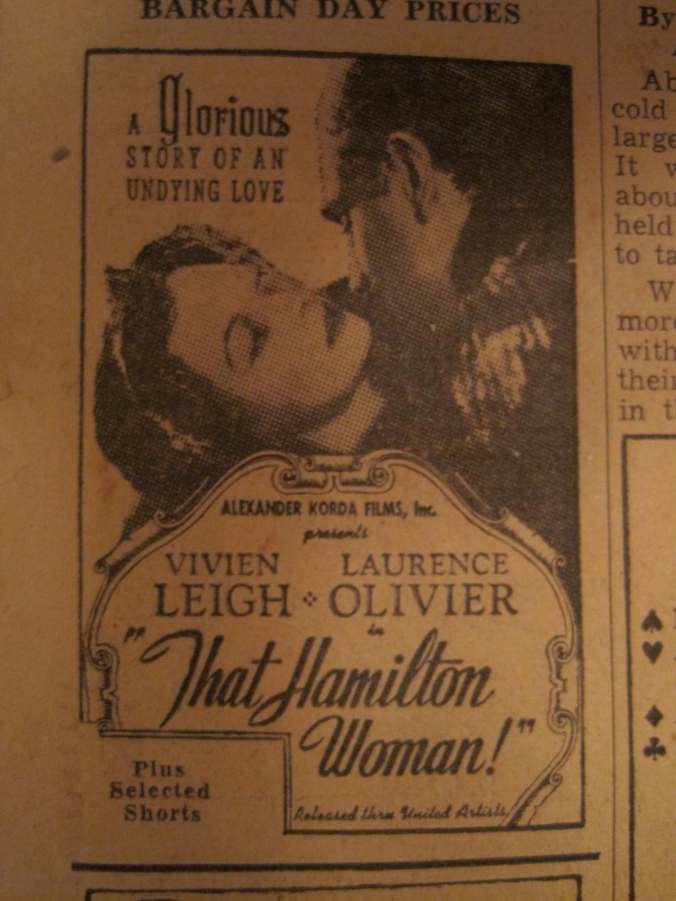 And finally, see if you can pick out what’s weird about this article: 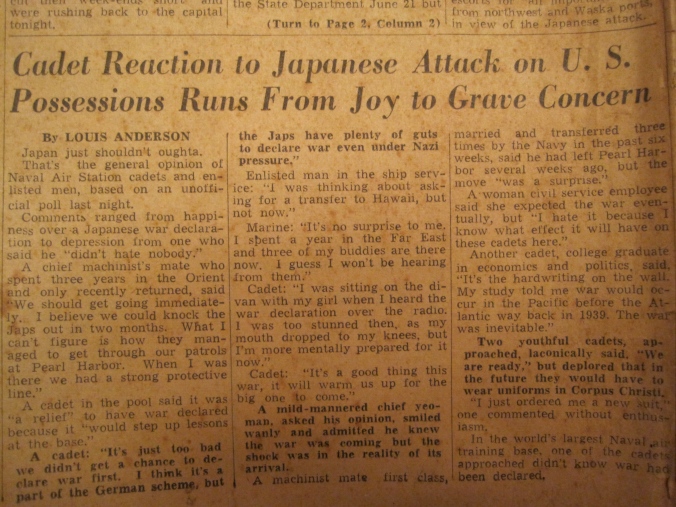 Wanly? Laconically? Deplored? What kind of crazy vocabulary is this for a family newspaper?

I’m going to enjoy sorting through all this old stuff.