It’s raining and the kids are watching The Sound of Music, so I’m going to amuse myself by telling you a story about my plane trip from Seattle to Austin.

I found a journal that I was intending to use for story writing. Instead I will illustrate this story with the journal.

“Why I Hate Flying” by Lynn

The Big M and I told the kids during our 3,245-mile drive on the family vacation that we were driving in part so that they would appreciate the convenience of flying.

On our trip to Seattle, The Big M and I reminisce about the easy times we had driving cross-country with children compared to the misery of being stuck in the airport and then stuck on an airplane.

I take the middle seat. The Big M heroically crosses his arms so as not to intrude on my space, but airplane seats are not made wide enough for his shoulders no matter how much he scrunches them. Meanwhile, a 50-something-year-old man takes the aisle seat.

Stranger makes no such heroic efforts to stay out of my personal space, instead hogging the armrest and pushing his leg against mine.

I elect not to talk to him about this because a) there’s not really much he can do about it because he is big and b) whenever I talk to strangers on planes it usually ends badly.

For one thing, once I get talking to someone, they start to think they are now friendly enough with me to invade my personal space even more than the cramped quarters of an airplane require. And I don’t appreciate when a stranger uses me as a body pillow. 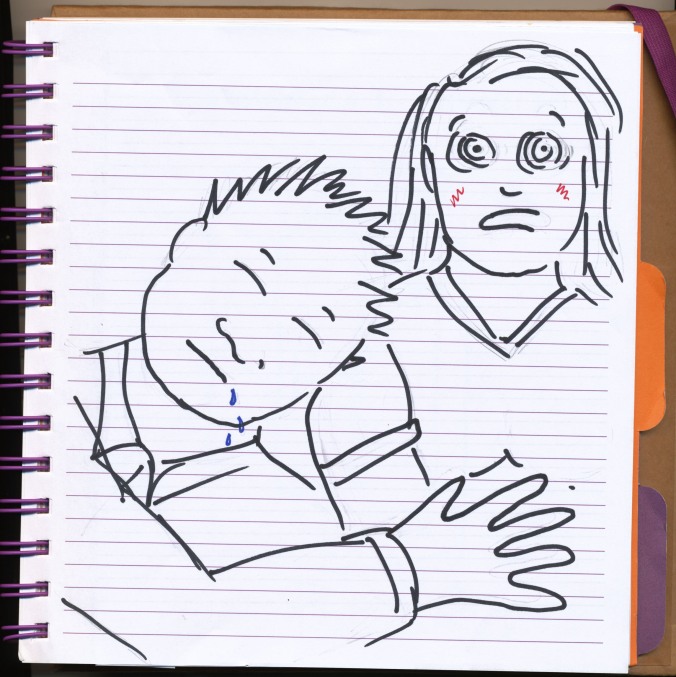 My strategy of ignoring the stranger prevents this scenario. When he falls asleep I am not the pillow.

Meanwhile, I am becoming aware of the small child seated directly behind me. 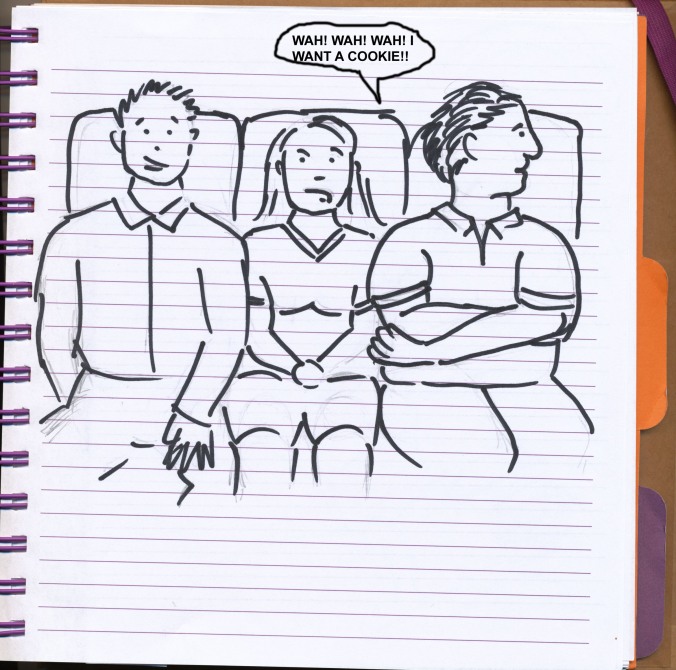 Her mother’s tone of voice immediately makes it clear that the child will be an ongoing problem on this flight. This is one of those mothers who mollifies, who gives in to the child’s demands, thereby ensuring that the demands will continue.

I think of my own mother, who had little tolerance for noise when I was small and who has even less tolerance now. Her response would be to get up, turn around, and give that mother a talking to about keeping her child quiet.

And she has a point.

But I think about it a little bit and realize that this woman’s voice shows a complete lack of confidence in her parenting. No 30-second lecture is going to fix that. If anything, she’ll likely be less confident going forward seeing as how complete strangers yell at her about her lousy parenting skills.

And, really, who am I to lecture anyway? 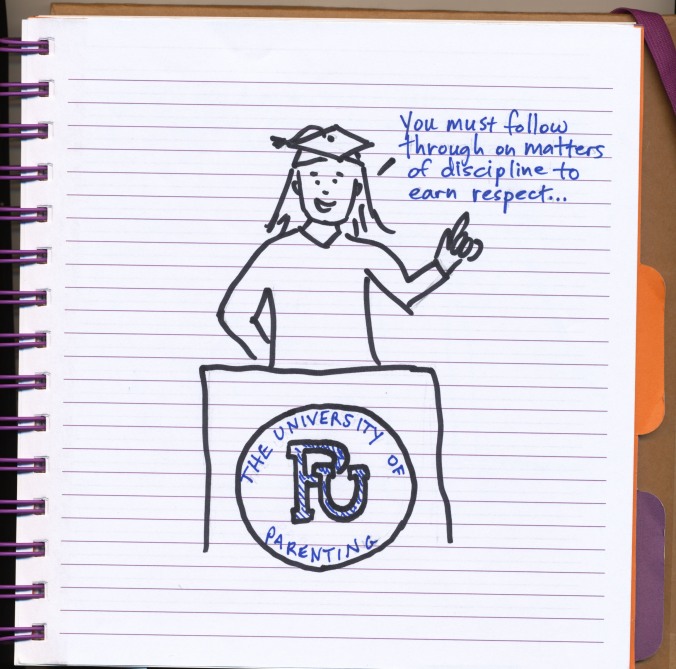 My kids are good on planes, but maybe that’s a personality thing that resides outside of my active participation.

Anyway, that’s my elaborate rationalization for not turning around and causing a bigger fuss (I say bigger because the fuss is already there), but I feel better.

Aside from the considerable discomfort, flying is all right. You get a different perspective than you do on the ground. 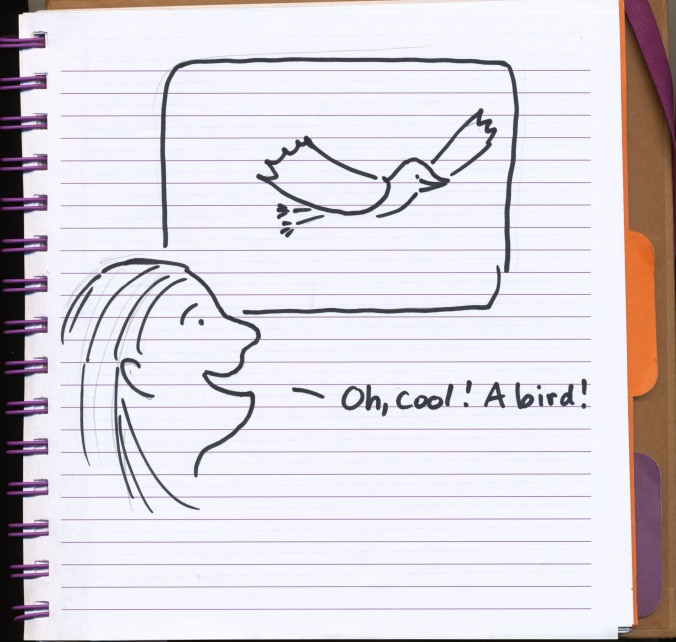 What if that cute little bird gets sucked into an engine? We all know Sully retired. He’s not flying this thing. Besides, we’re not over the East River — he’d have to put it down on I-35 or in a field or something.

What would happen to my kids if this thing crashes?

Sometimes an active imagination is a problem.

I’m doing my best not to hyperventilate, and to ignore the fact that the intermittent screams of the child behind me are now being punctuated by the steady rhythm of her kicking feet. Her mother gets up to take the screaming sibling to the bathroom and a little fantasy plays through my mind…

I don’t act on it because it would be cruel to scar this kid for life just for annoying me for three hours straight.

But I do think about it.

Meanwhile, Stranger continues to hog armrest and legroom as he sleeps.

And these combinations are why I end up spending $12 the moment the drink cart rolls by. 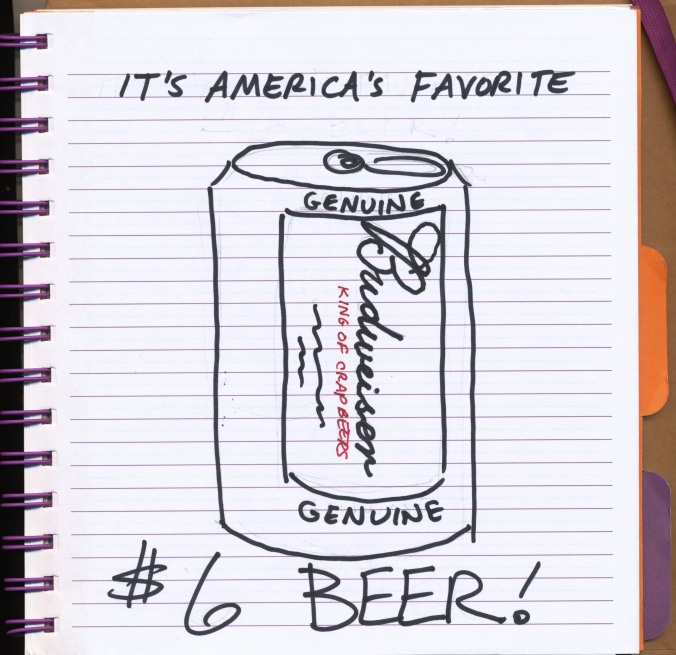 I really do want to charge it to the mother behind me.

After 3 1/2 hours we begin our approach into Austin. Stranger leans over to me.

It’s not all that green because it’s summer. And the water is a pathetic little detention pond. The Big M jumps in with a response.

The Big M is a native of Iowa, so he doesn’t realize that Stranger isn’t noting our increased rainfall over last year. I’m a central Texas native, and since my childhood I’ve encountered people like Stranger all over the place, people who’ve only seen Hollywood’s version of Texas (filmed in Arizona). I had a lively conversation a few years ago with some New Yorkers who wouldn’t believe I don’t ride a horse down the streets of my city.

I suspect that Stranger had envisioned this:

And the next words out of his mouth prove my suspicions right. 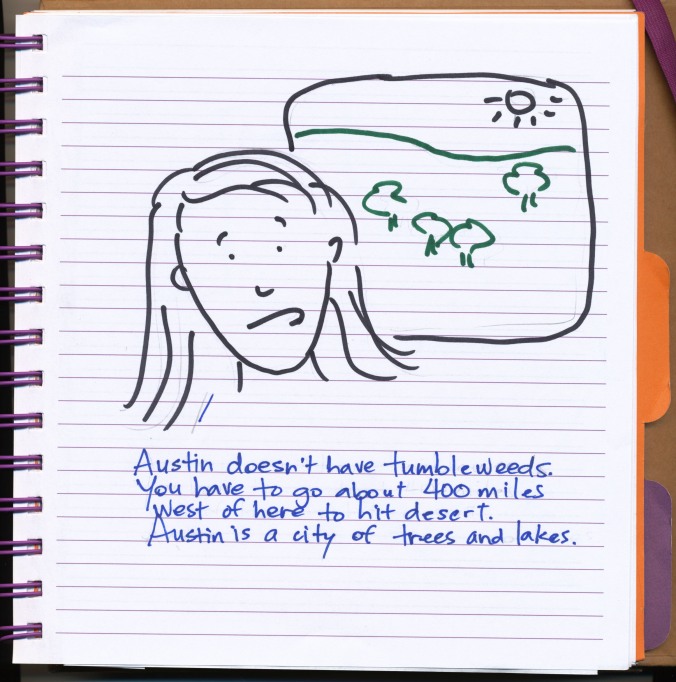 I was thinking of El Paso. When I pick up my children from her house, my mother will inform me that El Paso is actually 600 miles west of Austin.

I drew this map from memory. I think all Texas schoolchildren should be required to be able to draw from memory a passable map of Texas and its major cities before graduating.

I’m probably off on the precise location of a few of these cities, and this map is of questionable quality. The irony that I would probably fail my own test is not lost on me.

Nonetheless, the desert is a good deal west of Austin.

Stranger seems suspicious of my answer.

He is not the first out-of-stater to ask me that. 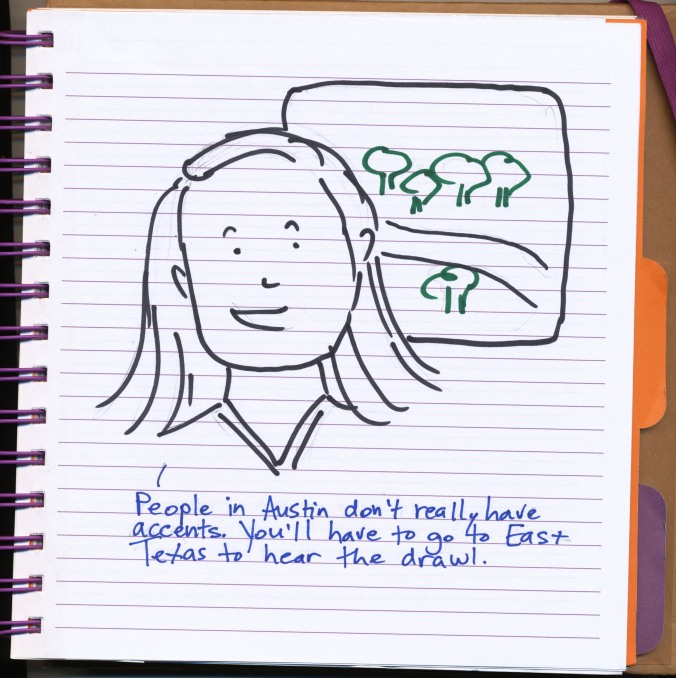 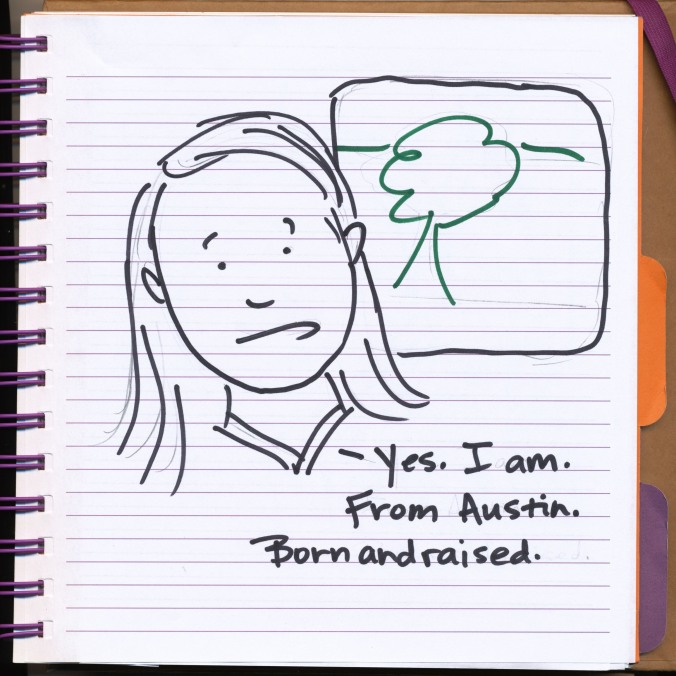 To which he responds:

He seems to understand.

I don’t mind playing ambassador now that we’re on the ground. 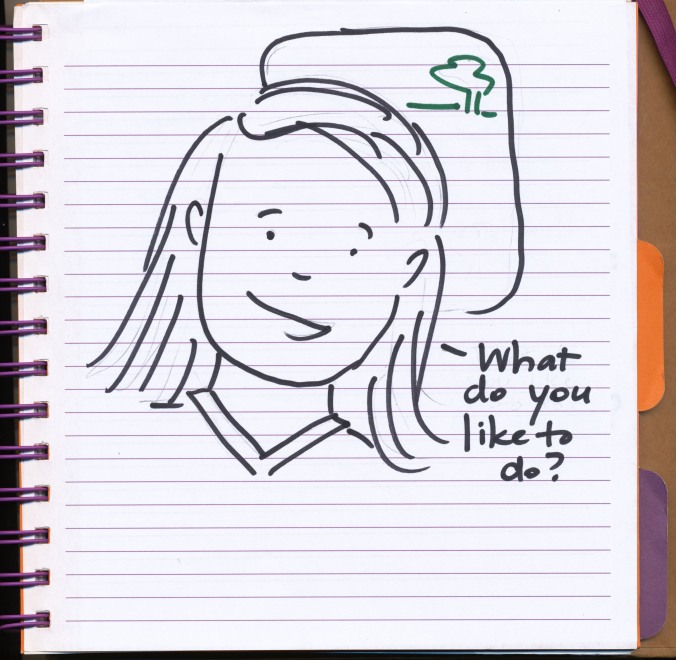 To which my brilliant interlocutor responds:

And that’s pretty much how it goes until we get off the plane.