1) Listening to music. Current mix I’ve made and listened to a dozen times or more:

Some of these bands I discovered at ACL last fall. Not The Killers, though. They’ve been a favorite of mine for a couple of years. I think their cover of Ultra Violet beats the original.

I enjoy deconstructing their songs. The Cave is a mix of The Odyssey and G. K. Chesterton’s biography of St. Francis. Roll Away Your Stone references St. Augustine’s Confessions. Timshel refers to Steinbeck’s East of Eden. Dust Bowl Dance is Steinbeck’s The Grapes of Wrath. And so on. It’s a fantastic blend of music and literature, and I’ve been listening to this one album off and on since last summer, sometimes for days at a time.

I’m preparing to participate in SXSW in my small way by going to Antone’s to see Band of Skulls next week with my best friend, The Big M. We got the tickets last fall. He’s a country music guy, but he indulges me. One of the many reasons I love him.

I’m currently re-reading The Count of Monte Cristo. I keep getting distracted by life, which means that when I get back to the book I have to re-re-read chapters to remember the characters. The only novels worse than French novels when it comes to the numerous characters to remember are the Russian novels. Why must every Russian have five different names? I’m *this* close to making a chart just so I can keep track of everyone.

For my online reading group, I’m reading James Frazer’s The Golden Bough. It’s an early-20th-century analysis of mythology and religion. The black magic stuff is fascinating. Warning: do not read about how a Hand of Glory is made when you’re eating an egg and sausage breakfast sandwich.

Be grateful I didn't insert an image of a Hand of Glory. Be very grateful.

3) Watching and/or Listening to Lectures

The Big M and I have been enjoying a series on structural engineering. This is completely outside of my area of knowledge (I don’t say area of expertise because I’m not an expert at anything), but has been really satisfying and interesting learning.

Listening to a lecture series on the history of Christian theology. I’m still puzzling out Calvinism and the concept of predestination even after reviewing my notes. Many interesting things to note on this blog about early Christianity at some point.

This Calvin is more fun than that John guy.

Listening to a lecture series on The Iliad. Easier than re-reading it.

What do you mean the Trojan horse isn't in The Iliad?! *mind blown*

Watching TED talks. This one is seriously awesome:

This was scary, necessary, and totally fun. I took out my completely-full 250GB hard drive and replaced it with a 1TB drive, doubled my RAM, and replaced my battery. Once all of that was done I upgraded my OS. Now I have a new laptop for a total cash outlay of about $250. Sweet.

Ugh. Also scary and necessary. But not fun.

This took much more time than one would think and came with the added burden of keeping 100+ boxes of cookies in my house at any given time. 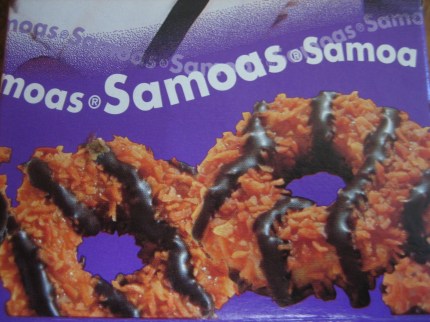 We call them Caramel DeLites in Texas, but that doesn't make them less delicious.

As Granddaddy said, I don't want to dig my grave with my fork.

8) Playing on the internet.

Still addicted to my favorite message boards, among other sites. I don’t want to go back in time because I’d have to live without the internet. 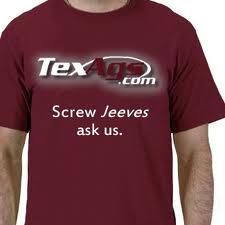 Because I’m a dork. And because this is a temporary art outlet until I get back to drawing.

I shall write as though I lived in the 1850's. And were named Mildred.

10) Discussing many topics with my (not big) friend M.

Latest is the NOVA episode on Wednesday in which physicists hypothesize that our universe is a sort of hologram in which the real material is contained in something like a black hole (or another dimension?). Seems to me that it’s Plato’s allegory of the cave repeated 2,000 years later. Plato said that our reality is really like shadows on a cave wall but that we don’t know any better because our back is to the real reality, the sun. The allegorical sun. The real reality is a group of perfect “forms” contained in another dimension. I could go into the religious parallels, but I’ll spare you. For now.

The ancient piggy bank was merely an illusion.

It’s been a learning experience to be a first-time teacher. My friend Kathleen is an experienced middle-school teacher. She’s not only more knowledgeable about our subject, she knows how to keep eleven second-graders in line. I’m more of an assistant to her than a Teacher teacher, but it’s still cool.

12) Hanging out with family and friends.

This is #1, actually, and the reason I haven’t been reading more.

The kids and I have gotten through one novel so far this year and are working on a second. The one we finished is The Missing Persons League, a book that unfortunately is out of print. It’s about a dystopian future in which the world is so polluted that people disappear to find a better one. It was written in the 1970’s, and these future people make telephone calls on land lines and place ads in newspapers. There is no internet. My kids found that amusing and to some extent incomprehensible. It’s a good story that’s well-told, and that’s a rare combination.

I’ve been enjoying lots of social time this year. I’m blessed to have a loving family and many terrific friends.

I shave my legs for *any* party, girlfriend. And Target rocks.